Our School » History of School 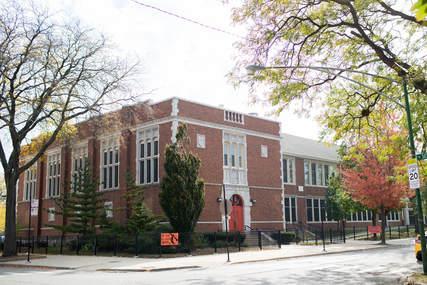 Who Was Rufus M. Hitch Anyway?

Here’s what was found online on the Hitch Family Tree:

Rufus McClain Hitch was born in the town of Beverley, Adams Co., Illinois, on April 4, 1852, a son of Lewis and Lucy (Fitch) Hitch.

His father was a farmer. After graduating from the public schools, Rufus M. Hitch went to Normal, Illinois, and took a course of study preparatory to becoming a teacher. He began teaching when he was seventeen years old, and he followed his profession throughout the balance of his long and useful life.

When he was yet a young man, he was made superintendent of the schools of Pike County, Illinois. From this office, he was called to become principal of the Franklin School in Kansas City, Missouri, a place he filled with distinction for the ensuing five years.

It was in 1892 that Professor Hitch came to Chicago, where he continued to maintain his home. He was first principal of the Dore School here and later became principal of the Calhoun School. Then, for a period of considerable length he was superintendent of the Chicago Parental School. There, his ability as an educator and his personal influence among his teachers and pupils was of great benefit.

Mr. Hitch was elected district superintendent of schools in Chicago in 1909, and was placed in charge of District No. 2 which then embraced thirty grade schools and the Lake View and Nicholas Senn High schools. On October 18, 1883, Mr. Hitch was married, at Griggsville, Illinois, to Miss Emma F. Baxter, a daughter of Edwin W. and Helen M. (Harvey) Baxter. Mr. and Mrs. Hitch had four children: Harold, Helen and Willis (deceased): there is one daughter, Bertha, living.  Willis Hitch who died in 1924, is survived by his wife and two children, Marion Jane and Spencer Willis Hitch.

Mr. Hitch was a member of the Baptist Church and was also a Master Mason, and belonged to the Sons of the American Revolution. The death of Rufus M. Hitch occurred May 25, 1925, as he was nearing his seventy-third birthday. Practically all of his mature life was devoted to the vastly important work of directing the education of boys and girls of Illinois. For thirty-three years he was a Chicagoan, and earned a very high place of usefulness and regard as an educator of this city. We could ill have done without his ability, experience, judgment and splendid character.